Beyond the exome: enabling genomic diagnosis of virtually all patients with mitochondrial disease 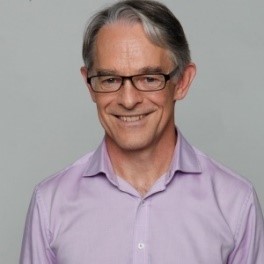 Beyond the exome: enabling genomic diagnosis of virtually all patients with mitochondrial disease

New genomic technologies are transforming diagnosis of mitochondrial disease (mito) and other inherited diseases but perhaps half of all children are not currently diagnosed. David Thorburn and his team of researchers from the Murdoch Children’s Research Institute (MCRI), Melbourne want to raise the rate of diagnosis to virtually 100%.

DNA sequencing is a form of genetic testing, which orders the building blocks of someone’s genetic code to identify variations which could cause disease. Whole exome sequencing (WES) involves sequencing part of someone’s DNA which contains information on the genes that make proteins (the exome). The whole of someone’s genetic code is called the genome and the exome makes up approximately 1% of that. Therefore, this technique may miss identifying disease-causing mutations outside the exome. Whole genome sequencing (WGS) sequences the entire genome. However, it currently remains difficult to interpret the large number of changes found outside the protein-coding genes.

David and his team will apply state of the art approaches to sequence the entire genome, the transcriptome (RNA) and the proteome (proteins) in patients lacking a genetic diagnosis. David and his team have already identified a genetic diagnosis of 80% of a patient cohort made up of 250 children comprising the most common clinical diagnosis (Leigh syndrome), the most common biochemical diagnosis (Complex I deficiency) and the largest population-based cohort with mito. So, the Mito Foundation Booster Grant will enable them to begin applying their additional approaches to the patients whom remain undiagnosed after WES.

The project aims to identify novel disease genes and their likelihood to cause disease, as well as to identify patients where the cause is not just mutations in one gene but in multiple genes interacting to cause disease (complex genetic inheritance). It is anticipated that this project will define the genomic makeup of mito, enable early diagnosis and avoid diagnostic odysseys, facilitate early treatment and entry to clinical trials, restore reproductive confidence in families and impact other rare diseases.