Life seemed pretty normal for the Beard family with the usual ups and downs. At the beginning of 1997 Don was working as a Senior Human Resources Manager at a utilities company, Rely owned and operated her own retail business, Toby was enjoying high school, and Pippa appeared to be a healthy, happy 19 year old, studying hard at university and working two part-time jobs.

In May 1997 everything changed. One morning after enjoying a party with her boyfriend and friends, Pippa woke in severe pain, not able to walk and could hardly move. At first her parents, Don and Rely, thought she was joking, but quickly realised that was not the case. After a visit to neurologist, Dr Peter Silbert, she was immediately admitted to Royal Perth Hospital and stayed for one month. Pippa was initially diagnosed with fibromyalgia (a form of chronic fatigue) and required intensive rehabilitation and physiotherapy to learn to walk again.

After some time, life seemed to return back to normal with Pippa working part time, studying at university, spending time with her long-term boyfriend, going to the beach and attending parties.

About six months later, Pippa woke disoriented, confused, and started to scream hysterically asking for someone to turn on the lights – which were already on. She was temporarily blind. Multiple seizures followed that were characterised by loss of consciousness and violent muscle contractions, resulting in a diagnosis of grand mal epilepsy.

On her twenty-first birthday, Pippa suffered a complete nervous breakdown with frightening hallucinations. There were concerns about what medications should be used to treat the seizures and the unusual presentation of the epileptic episodes. So little was known, and no two episodes presented in the same way. It was only then, after the tireless and persistent efforts of Dr Silbert that a diagnosis of mitochondrial disease (mito) was made. Pippa and Rely both had muscle biopsies and MELAS (mitochondrial encephalomyopathy, lactic acidosis, and stroke-like episodes) a maternally inherited form of mito, was confirmed. 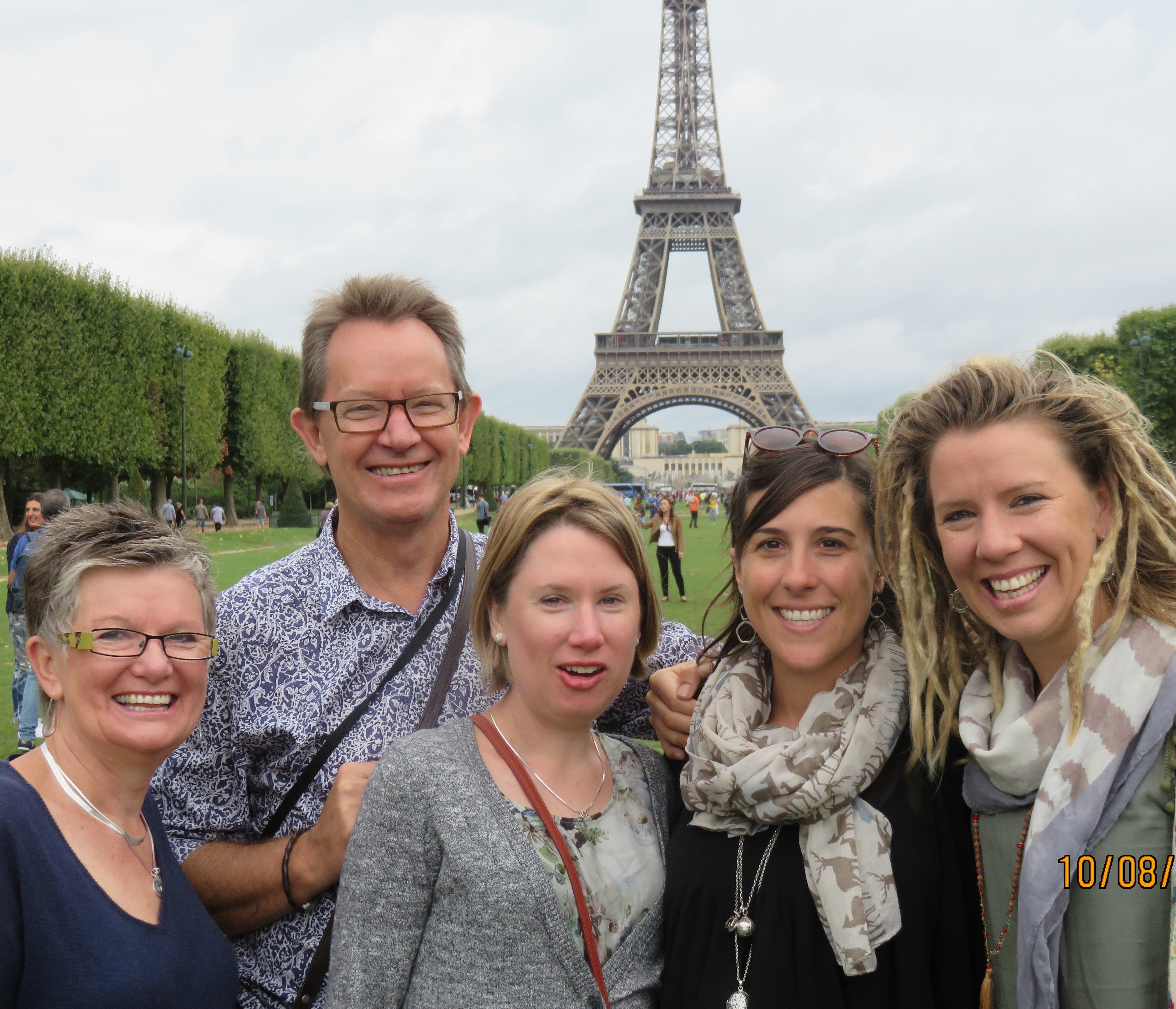 This was an extremely worrying time for the Beard family as they lived in constant fear, wondering what would happen to Pippa. Several times, she was placed in an induced coma and on life support when the seizures became uncontrollable. On some of these occasions Don, Rely and Toby were told to expect the worst as Pippa may not make it and if she did, she could be severely brain damaged.

The family spent the next couple of years in and out of hospital trying to get Pippa’s seizures under control, often staying for weeks or months at a time. They quickly learned that very little was known about MELAS – to the point that at times doctors and nurses knew virtually nothing of mitochondrial disorders. Through their interactions with hospital staff, the Beard family constantly requested that all medical professionals involved in their family’s journey become informed about the disease and receive better education about mito. The Beard family also knew they needed to become informed themselves, and so did their extended family and friends.

Within the limited resources and funding available for research, the enormous help and support of the RPH Neurology Ward can never be overstated. The lack of government and private money available remains a huge concern as we still appear to be a long way from a ‘cure’ for mito disease.

Through all of this, in addition to taking a huge emotional toll on the whole family, the disease impacted each family member in different ways. Pippa had to stop working due to the high threat of seizures, and sadly her five-year relationship with her boyfriend ended. Don and Rely both made the decision to leave work so they could care for their daughter. Don left his job of 28 years and Rely employed staff to run her business. The financial impact of these decisions added significantly to the already emotional and stressful situation. Toby began to lose interest in school and her circle of friends changed.

Later, Toby made the brave decision to have a muscle biopsy to determine if she too had MELAS. The result was positive. Although only having mild digestive symptoms at the time, this diagnosis held significance for future decisions. In her early twenties, Toby actively pursued a healthy life and decided she would never try drugs or drink too much. As an accomplished musician and recording artist Toby’s lifestyle involved late nights of performing and lots of travel but early in her career she was determined to live life to the full, even with the shadow of MELAS hanging over her.

Toby now faces one of her most difficult decisions yet…whether or not she should have her own biological children. As MELAS is maternally inherited, this could have severe consequences for the health of her child.

These days, while Toby struggles with her decision to start a family, Rely lives with digestive and visual problems as well as severe migraines and lowered energy. Pippa is still an ongoing outpatient at Royal Perth Hospital and lives at home with her parents who are now her full-time carers. The Beard family keep a constant watch over Pippa to ensure she is safe should she have a seizure. They are aware of not overdoing things and moderating emotional responses to situations – even too much excitement can spark a seizure. Pippa now has daily insulin injections to manage diabetes that has been brought on by MELAS. Her cognitive function, muscle strength, hearing and vision are continuously deteriorating, and so Don and Rely need to control their living environment as best they can to keep Pippa’s symptoms to a minimum…but they also know this means their daughter has lost her independence. The longer term issues of who will take up the carer role as Don and Rely get older is a major concern.

The family constantly lives with worry and concern about what will happen in the future. Although the disease holds them back from doing many things, they say it has brought them closer as a family and has made them more of a team. They feel extremely fortunate to be able share as much as they do with family and friends, but even so, there have been times along their journey that they have felt extreme loneliness. Don, Rely and Toby all admire and adore lovable Pippa, who inspires them with her astonishingly tough attitude. Pippa has struggled with many MELAS symptoms but she continues to maintain her love of life through family and friends and the hope that one-day a cure will be found for mito.