My name is Rebecca Patterson and I am 22 years old. Diagnosed at the age of 19. My life was so full of fun and my dream of being a hairdresser had endless prospects. I embarked on leaving my family/friends and home town of Rockhampton to complete a two year course in hairdressing at the Brisbane school of Hairdressing and I had been gifted with a part time job, working three days a week in hairdressing. I was loving every part of being an 18-year-old and living life to its fullest. Twelve hour days didn’t bother me as I was achieving my dreams of doing what I had always wanted to do. 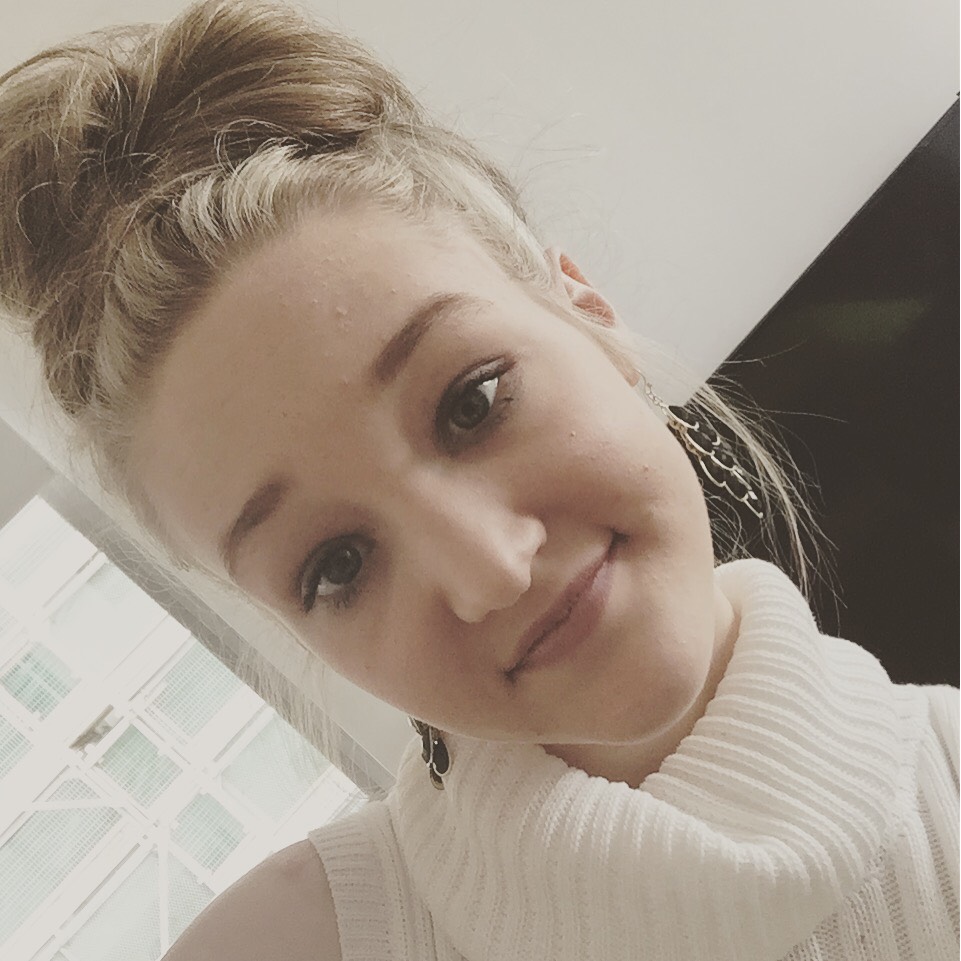 7 years ago I woke with chronic pain in the stomach. I just assumed I was getting my period, and was confused after having it a week earlier.The pain got worse, so I had a friend take me to the hospital. A week later I returned home and still had pain, so I went and saw a general surgeon and had my appendix removed. Two months after having the surgery the pain had returned as fierce as what it was to begin and this time I was unable to go to the toilet to open my bowels at all.

Numerous tests and no answers led us onto infectious disease doctors, bowel surgeons, and more general surgeons. I had to travel from Rockhampton to see these specialists in Brisbane. Seven years later I still live with this pain in my abdomen, and the only time I get relief is for about three days after I go to the toilet, which we have now regulated to once a month.

Three years after first experiencing this intense pain I then woke one day to inexplicably having no voice. I didn’t have the flu or an infection, I just woke up with no voice. I could still talk with a husky voice and this went on for a week before my symptoms got worse. I was then admitted to Emergency Department of the Prince Charles Hospital approximately twice a week, still with no answers apart from that I was suffering from pericarditis and laryngitis and to just go home and rest.

After four weeks with my symptoms (shortness of breath and severe chest pain) only getting worse, being, I was referred onto Dr Fiene, a heart and lung specialist in Brisbane who would not only be my doctor but also someone who would persist until he had found the answers that my family and I were looking for. At this stage I was told that I was too unwell to work or continue with college. I visited Dr Fiene weekly for over three months, and underwent many tests including ECGs, spirometry testing, different blood tests, and day surgeries where Dr Fiene looked into my lungs and throat to find out anything he possibly could.

It was two weeks before my 19th birthday when we received a phone call from him saying I had to go for a muscle biopsy. I went and had this performed and two months later it was the day for the results, I sat in his office and he had an answer but wanted further testing on the genetics. He told us that he thought I had mitochondrial disease. A weight lifted; finally, we had an answer, finally I could see a light at the end of the tunnel, maybe I was going to be able to go to the toilet regularly, and breathe like I used to be able to instead of constantly being short of breath and fatigued, until he said, “Unfortunately there is no cure or treatment we have to manage this as best we can, and slow down her symptoms as much as we can.”

We went home to research it ourselves – my mother was beside herself and didn’t sleep that night. She sat up on the couch researching everything there was to know. I had never heard my dad cry or be down, but when I called him he had to hang up and call me back – he was too broken to talk. My siblings and family members were also beside themselves. It was at that stage my life had changed forever, I was not going to continue playing netball, doing my hairdressing, or being the girl that attended absolutely everything. I now can’t walk ten metres and it feels as though I’ve played a game of netball in mid court, I walk up a set of stairs, and feel like I need a sleep once I reach the top, shopping days are limited now, and attending functions takes a lot more preparation. In the last 3 years since my diagnosis we have been fortunate enough to find a GP who has been nothing short of amazing, and has undergone extensive research himself to better his knowledge surrounding this illness.

With the continual support of my family, friends and the Mito Foundation, and with the research into mitochondrial disease I can one day look forward to having a cure for myself and many people that suffer from this chronic illness. But for now I will live life to the fullest and pursue my efforts into raising money and awareness for mitochondrial disease.