In 2005, Ron passed out at work a number of times. There didn’t seem to be any obvious reason as he was pretty healthy. As a roof plumber, the danger of passing out was significant and Ron was forced to retire.

Over the next eight years, Ron had trouble with his legs, mobility, breathing, swallowing, and experienced heart issues.

Ron saw five specialists as well as his supportive GP, who had known him for over 20 years. His GP knew the fit, amazingly healthy Ron, and was as baffled as we were, about what was happening to his body. Ron suffered several bouts of pneumonia, which puzzled the thoracic specialist because the tests showed that his lungs were normal for a person of his age, who had been a smoker for many years. Some of the bouts occurred after we had travelled. We now know it was the fatigue connected with travelling that was a major contributor to his condition.

Ron’s neurologist of ten years organised a muscle and nerve biopsy to test for different conditions. However, mitochondrial myopathy, a mitochondrial disease (mito), was not one of them. 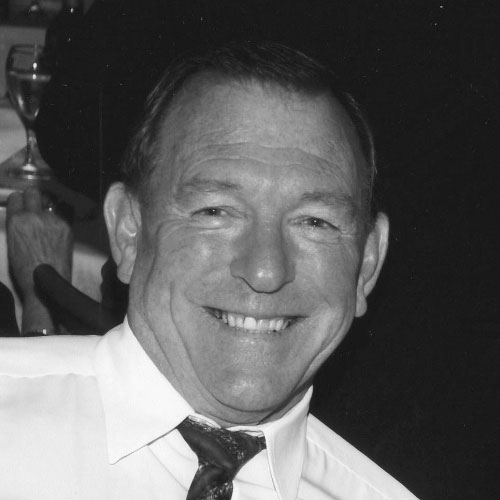 Presentations to more specialists followed with the purpose of having more expert opinions. Still there was no definite diagnosis. Another neurologist gave Ron a palliative care pathway, as she felt it was essential we had a plan to follow. Further blood tests were ordered, one of which included testing for mitochondrial disease. It came back positive so the frozen nerve and muscle biopsies were sent back to a Sydney genetics laboratory. Mito was confirmed.

We were referred to a physiotherapist, exercise physiologist, psychologist, nutritionist, social worker and a sleep clinic.

Once Ron had a diagnosis, he stopped pushing his body and allowed himself to be tired; this has been instrumental in allowing us both to have a reasonable quality of life. Previously he would constantly beat himself up for needing to rest, and would feel he was just lazy. Whenever and wherever possible now he sleeps when tired. Prior to the diagnosis, Ron would not give into his tiredness, which in turn maximised his symptoms, causing serious health issues.

Ron, now 70, is an exceptional swimmer and has been a national surf lifesaving champion. He still swims about two kilometres most days which is essential for his wellbeing, particularly his emotional and mental health. But there are the down days when he reflects on what he used to be able to do.

When Ron was diagnosed, I sent an email to our friends, particularly those that had supported us during the previous years. We still encounter many who see Ron at parties, functions, at the shops, etc., and remark how well he looks, and ask is he getting better. The lack of understanding of his myopathy, and its consequences are so disappointing. We are both very grateful for the medical support we have, and organisations such as the Mito Foundation, without which the message would not be getting out there.