Ruby was welcomed into the world on 31 July 2007. She seemed perfectly healthy, was settled and feeding well.

On the last night of our hospital stay, I had dozed off and woke suddenly; I looked down, Ruby had gone limp in my arms and her skin had turned a grey yellow colour. Immediately I knew something was wrong. I rushed her to special care – she had stopped breathing and the nightmare had begun. I was interviewed by the medical staff as to what had happened. I felt like a criminal. It was awful and I felt sick in the stomach.

A few days followed, and my husband and I were approached by a doctor who specialised in mitochondrial diseases. He started talking to us about the possibility of Ruby having one. It was overwhelming as we knew nothing about them.

The doctors decided to operate on Ruby to take samples of her liver for testing. At first I didn’t want them to put her through any more pain but I realised that she would have to go through it as we needed an answer.

She made it through the operation but it was so bittersweet. We had just been informed that it was inevitable she was going to die as she was not thriving or getting any better. 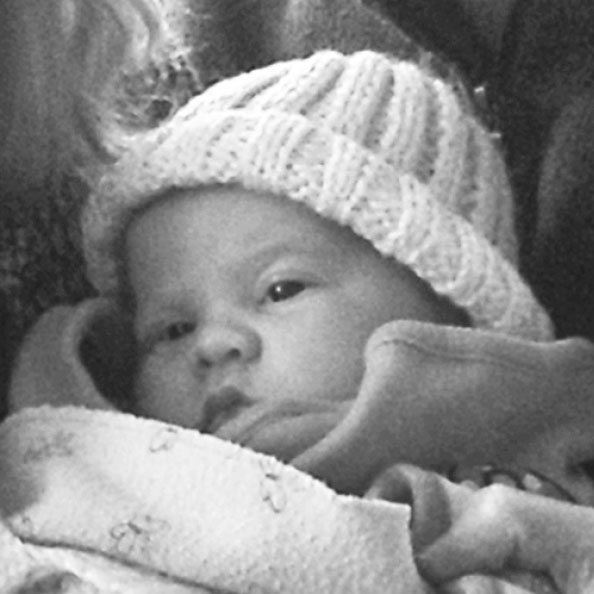 We prepared for her death. It was surreal – like getting your beautiful child ready for a party – dressing her in a nice outfit and brushing her hair but in this case we were taking her foot and handprints and a lock of hair.

We were given a pram so we could take her outside. It was winter but the sun had come out, and she opened her eyes and once again seemed like a healthy baby just for a moment. I wanted to take her and run away with her right there and then to escape her impending death. She died an hour later in my arms.

A few months later my husband and I were called back to the hospital and were told that Ruby had died from the mitochondrial disease, Complex IV.

I have two other children. They are only young, but when they become adults, they will need to be tested.