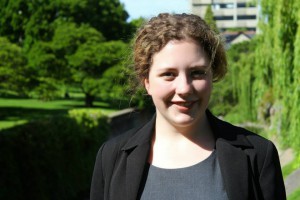 Existing treatments for mitochondrial disease (mito) only alleviate symptoms rather than addressing their underlying cause. Scientists like Sophia Frentz are working to change this. Sophia has received funding from the Mito Foundation to support her PhD project, which explores a potential treatment, nicotinamide riboside (NR) in both in vitro cell models and mouse models.

NR may play an important role in mitochondrial energy production. It is a precursor for nicotinaminde adenine dinucleotide (NAD+), which is needed for one of the first chemical reactions that occurs in the mitochondria. Mito usually results in decreased levels of NAD+. Adequate NAD+ levels are necessary for mitochondrial function, and high NAD+ levels may stimulate the formation of new mitochondria. An increase in NAD+, caused by increased NR intake, could have a range of positive effects for mito patients.

NR is increasingly studied as a possible treatment for mito, but its effects on a cellular level have not been fully characterised. In mouse models, the compound has raised NAD+ concentrations and induced mitochondrial biogenesis, improving structural abnormalities. A 2016 clinical trial indicated that the compound is safe for humans and can boost NAD+ levels in blood and urine. However, there is a significant difference between raising NAD+ in healthy people and in people with mito. More research is needed to study the effects of NR on humans, which is where Sophia’s research comes in.

Sophia is using mito mouse models, standard cell models, and is developing a stem cell model in order to study the effect of NR. Her mouse work, along with mouse work performed by the Mito Foundation incubator grant recipient Bi-Xia Ke, was presented at the 2017 EuroMit mitochondrial conference. The preliminary results showed no clear impact of NR on the NAD+ levels, but possible cardiac improvement. Sophia’s work in human HEK293T cells (in vitro cells commonly used for studying mito) showed that NR does increase NAD+ in these cells. NR also increased respiratory function in healthy cells, but did not improve respiratory function in diseased cells. Sophia’s next step is to develop human stem cells with mito. Stem cells can develop into any kind of tissue, and Sophia plans to develop cardiac tissue to allow comparison between the mouse model and human tissue.

Ultimately, treatments and cures for mito will arise from exactly the kind of diverse modelling that Sophia is doing. Her research into NR will help clarify whether or not this compound can benefit mito patients. With each experiment, we learn more about how mitochondria work, and build the foundation for potential mito treatments.