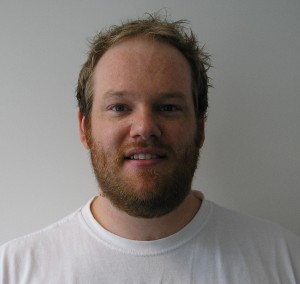 Dr Ryan Davis is investigating new diagnostic tools for mitochondrial disease (mito.). Dr Davis is a New South Wales Health Early Career Fellow at the Kolling Institute and a recipient of incubator grant funding from the Mito Foundation. He is investigating a molecule (among others) called Fibroblast Growth Factor 21 (FGF-21), a newly discovered biomarker that is elevated in mito patients in response to mitochondrial distress. When mitochondria are not functioning well, cells release FGF-21 as a way of stimulating energy production. However, the precise functioning of FGF-21 within the cell, and its relationship with the severity of mito, are yet to be fully described.

Dr Davis is researching FGF-21 levels in mito patients from the adult mitochondrial disease clinic at Royal North Shore Hospital and also in muscle samples in the laboratory. For people with mito, he hopes to discover if blood levels of the molecule can also indicate severity of a patient’s disease. If there is a correlation, doctors would be able to identify disease progression based on biomarker levels. He has evaluated over 100 samples from 70 patients so far, drawn at different points in their disease pathway. He is also researching the protein on a molecular level and in the long-term hopes to illuminate the signalling pathway by which FGF-21 causes cells to alter their function, with the angle of possibly developing a treatment based on this pathway.

If FGF-21 testing was available as a routine clinical test it could expedite mito diagnosis and potentially avoid the need for invasive muscle biopsies. Dr Davis is gathering critical data to support FGF-21 as an effective indicator test for mito that may ultimately be presented to the Australian government to support the routine clinical measurement of this biomarker for disease indication.

Dr Davis was the recipient of a 2016 the Mito Foundation Award for Excellence in Mitochondrial Research for his mito biomarker work.