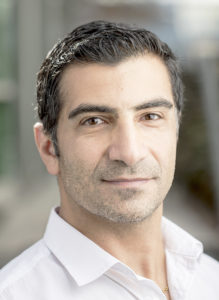 There are over 1,500 genes involved in the normal functioning of the mitochondria. So far, only about 250 genes have been associated with mitochondrial disease (mito). In order to provide genetic diagnosis for mito, researchers must identify additional mutations that can cause mito.

Michael Nafisinia is working with funding from the Mito Foundation to discover new mito genes and explain their underlying mechanisms. His work is focused on the discovery of the genetic basis of mito in a number of children. This involves the use of a combination of next generation sequencing techniques, and a range of molecular, structural and functional studies.

Michael has already discovered four new mito genes. He has described their biological features in detail, and published his discoveries in leading scientific journals to share with other researchers. Michael’s work has provided a diagnosis for 10 families with complex clinical presentations of mito, and will make diagnosis easier for future patients.

Genetic counselling for rare genetic disorders like mito remains one of the most challenging areas in the field of human genetics, adding distress to families who are already dealing with the trauma of a severely ill family member. Michael hopes that, through his work, the accuracy of genetic counselling will be improved.