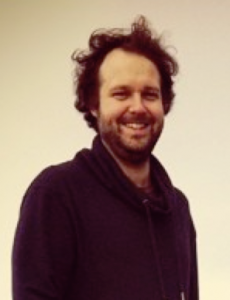 Genes are the molecular blueprint for our bodies. Genes code for proteins, which are the building blocks for muscle, tissue, and all the enzymes and molecular machines that make life possible. Mitochondrial disease (mito) arises from genetic mutations that lead to improperly folded proteins which prevent the mitochondria from functioning correctly. However, most mito mutations are so severe that the proteins are not even made.

Because mito patients are missing certain proteins, the disease may be diagnosable based on analysing which proteins are absent. This is exactly what Dr David Stroud intends to do. Dr Stroud is a fellow at the Monash Mitochondrial Laboratory and recipient of the Mito Foundation Incubator funding. He is laying the groundwork for a proteomic diagnosis for mito, which involves the large-scale analysis of proteins in a patient’s blood. Proteomic techniques are a promising addition to genetic sequencing for mito diagnosis. They can pinpoint undiscovered genetic mutations by working backwards from the missing protein.

Dr Stroud uses mass spectrometry to analyse cells from patients with mito. He measures levels of thousands of individual proteins in these cells and compares them to cells from healthy individuals. First, Dr Stroud identifies which proteins are missing from the mito patients. He then identifies and sequences the corresponding gene to confirm that it does have a mutation. He has already identified three novel mito disease genes and published these results in leading scientific journals. His research will likely discover more novel mito mutations, ultimately leading to faster diagnosis for this debilitating disease.